I really can't complain about our winter this year since it's going to be in the 50's later this week, but I am so ready to get outside & get to work. Our last 2 mts. have been so strange for Jim & I. Surgery for both of us within 7 weeks & this past week Little Chicken Chick & I were both down with the flu. Going from being very active to recooping has been very hard.
I actually did some spring cleaning while we tried to get over the flu. I was tired of sitting & felt the need to be productive. Closets got cleaned & sorted, papers went where they were suppose to, not in my never ending pile & I started to get the tax stuff together. Our house is small so I get to feeling very cramped when we are stuck inside. If I had my way I'd get rid of half the stuff we have, but I live with two pack rats so I have to find a happy medium we can live with as a family. The next big job will be cleaning the playroom, but it will have to be done when LCC is at school. The child refuses to get rid of anything.
So, I will start my first of several list of things to do when it starts warming up. I got all of my saved seed out so I can see what I need & I will be rotating some crops this year & planting some things I haven't grown before. The chicken flock needs to be started again & we really need to secure the coop this time to keep another flock from being killed by wild dogs. More herbs, more flowers...yes, I feel better this year so I have alot of plans & I better keep on with my spring cleaning so as soon as I can get outside I will.
Posted by Blue Moon Farmstead at 1:31:00 PM No comments:

How to Raise Chickens Cheaply - Small budget? No Problem.

How to Raise Chickens Cheaply - Small budget? No Problem.
Posted by Blue Moon Farmstead at 1:44:00 PM No comments:

How to make Mead

How to Make Mead (Also found on Brewing page)

The process is very simple; being patient is the hard part. I will briefly explain the steps and the equipment into making mead right at home. You will be shocked at how easy this honeymooner’s beverage is to produce:The basic equipment needed for mead making isn’t very expensive, and usually lasts for a long time. Local Homebrew shops generally have these items in stock daily. If you have any items at home already, feel free to use them. Here is the list of items that I recommend you have in order to make mead:
Instructions for How to Make MeadNow the part that you all have been waiting for, the steps involved in making your first batch of mead. You will start out making sure all your equipment is clean and sanitized. Anything that touches the must(unfermented honey and water mixture) should be sanitized.Put a gallon of water into your stainless steel pot and bring to a boil for 10 minutes. After boiling for 10 minutes remove pot from heat and add yeast nutrient, yeast energizer, and honey. Stir the pot until the honey and water have mixed completely. Hold the must at that temperature(around 170 degrees) for 10 Minutes. Chill the must down to 80 degrees. Take a hydrometer reading. Pitch(add) your yeast into the must, stir vigorously for 5 minutes. Place the lid on your fermenter with the air lock attached. Fermentation should begin about 24 to 48 hours. 2 to 3 weeks later(or when fermentation is done) rack mead into a sanitized carboy. Let it sit another 3 to 4 weeks. Rack for the final time into another sanitized carboy and let it sit until the mead is clear(another 2 to 3 months).Now that you have finished making your mead it’s time to bottle. For a still mead you will need to add potassium sorbate to stabilize. Mix the sorbate through out your entire batch then bottle. For a sparkling mead DO NOT add potassium sorbate. Use champagne style bottles for carbonated mead.Here comes the hard part, letting the mead mature or age in the bottle. Mead will improve dramatically with age. Leaving it sit for 6 months to 1 year before opening is ideal. Be patient and it will really pay off. Enjoy!
Posted by Blue Moon Farmstead at 1:05:00 PM No comments: 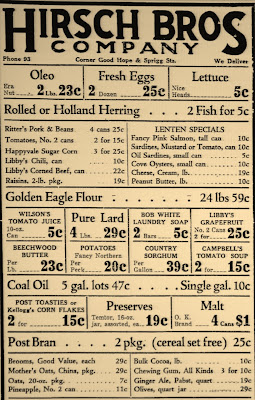 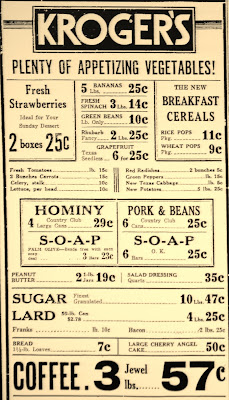 While working on my Family history I found these ads in the S. E. Missourian from 1932.
Posted by Blue Moon Farmstead at 1:54:00 PM No comments: 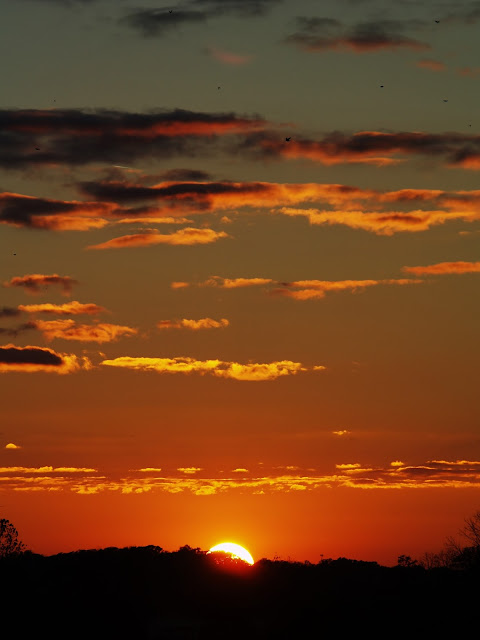 What's in my Bug Out Bag

I have always gone by the motto "Be Prepared", especially after becoming a Mom again in later life. I try to stay one step ahead of any problems (not always with good results). One of the things I do is to keep an old Army backpack loaded with what I think are things we might need if we are on the road & a problem comes up. I call it my Bug Out Bag, but unless we are caught away from the property & there is an emergency we'd be bugging in. I do not leave the house without it, especially when the weather is bad. You never know when there might be any kind of problem.
First & foremost, my Lifestraw, 10hr Handwarmers, Paracord, Straps, Hooks & Buckles, several Flashlights of assorted sizes - including a headlight, Tools, Lighter, a very sharp Knife & Whetstone, Magnesium Fire Starter, Poncho, Tazer, Mace, Security Whistle, my Son's "Survival in the Outdoors" book, Medical Supplies, a First Aid Book, Disposable Diapers (to use as large bandages), Bottled Water, PB Crackers & Granola Bars, Blankets, Hats, Gloves, Wool Socks, a large Waterproof Pad, Hand Sanitizer, Chapstick, Ziplock Bags, Wet Wipes, T.P., Tarp & a weapon of choice.
My Child also has her own bag that she fills with things she thinks she will need if we get in a situation. A few games & toys help. I make sure that I check everything every month to see if batteries need to be changed or food needs to be replaced. As long as we can stay dry & warm that's all that matters.
Posted by Blue Moon Farmstead at 2:25:00 PM No comments:

Email ThisBlogThis!Share to TwitterShare to FacebookShare to Pinterest
Labels: Homesteading

If I Only Had A Brain 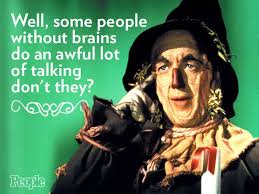 The Best Homesteading Articles and Books of 2015
Posted by Blue Moon Farmstead at 6:47:00 AM No comments:

Email ThisBlogThis!Share to TwitterShare to FacebookShare to Pinterest
Labels: Homesteading

Remembering the Past ( Family Genealogy)

I have been working on my Family Genealogy for 35 years. There was a huge mystery that it took all these years to figure out & there is still one person that has seemed to fall off the face of the earth. I may never find out about her & she is the big link in the mystery. At first I could not understand why someone would let their 4 children be adopted out, but as the story unfolded I understood much more. Times were hard, Parents die, & things were not like they are now. 1886 was a very long time ago, but it shaped the future of my Family. If you, like me have been trying to figure out your Family history don't give up. I promised my Grandmother I'd try to find out about her Family & she died long before I could get any information. My Mother is now the only one besides myself & one cousin who would know anything.
Ask questions! When the older Family members are gone that information is lost forever. Record everything, keep notes, start folders & sub folders. Someday, hopefully, it will all start to come together. Also, there are alot of free sites for genealogy. You don't need to pay to find out about your own Family. And, one last bit of advice.....even if you think you're not on the right track, but something feels odd about names or dates print out everything. I kept going back to something I thought was wrong, but it turned out to be the missing information that sent me FINALLY in the right direction.
Posted by Blue Moon Farmstead at 4:59:00 PM No comments: