How to Grow 100 Pounds of Potatoes in 4 Square Feet

Prepper Moves- Enough To Keep You Busy Watching This Winter 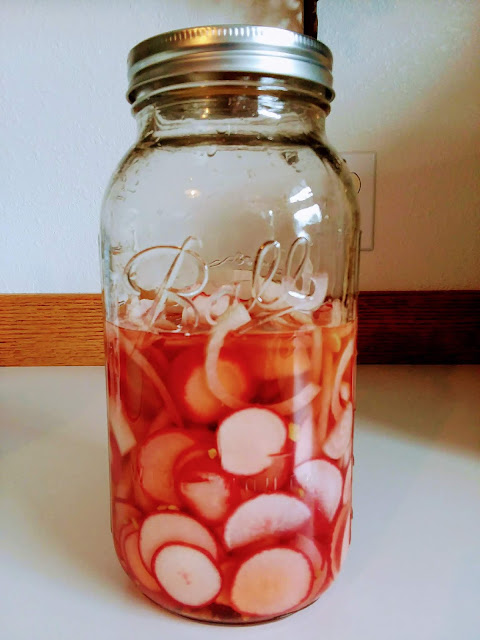 I am a big fan of most things pickled or fermented. Yesterday I did something a little different & the results are great. I took 2 bunches of  thinly sliced radishes, 1/2 sliced thin large white onion,&  2 sliced hot peppers & put them in a 1/2 gal jar, then added 1C. Cider Vinegar, 4T. Sugar, 2t. Salt & 1C. Hot Water. Then they went in the fridge
By this morning the color had come out of the radishes, everything turned pink & the flavor is amazing. We are grilling burgers later & I can't wait to put some of this on one. It is suppose to last 3 weeks in the fridge, but I don't think it will make it that long.